How YOU Can Make a Difference

How YOU Can Make a Difference

I received an email today from a follower of this Work that made my day.  She has given me permission to share it with you.  This is Truth.  This is what YOU can do, too, for we are love at the center … Try it.  I have done so many times.  Love works miracles. 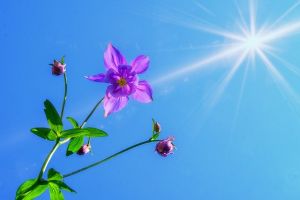 Once, a quarter of a century ago, my boyfriend and I were in Las Vegas where I was working.  On Saturday night, we went to have lobster at a steak house – not long before I decided to be vegetarian. Steak houses in Vegas aren’t exactly temples – I smoked then, too 🤦- and we soon took notice of a very malevolent-looking fellow at a table with seven others who looked just plain miserable in his company. He looked like a mob boss you see on those A&E programs. Any effort to describe him further would seem like hyperbole. He truly emanated evil, first of all, and a complete stranger to joy. That I chose to see him in that crowded room speaks a great deal about my own reality at some level, I realize, but there we were…

My partner saw me staring at this man through squinted eyes and asked what I was “up to”. (He could be pretty funny about such moments, saying, in his best Cuban accent, “Luuuucy…what are you doing??”)
I replied, in a decidedly unspiritual tone, “I’m going to ask God to shine love through the top of my head, make an L- turn out of my heart chakra and mow him down with LOVE.” It probably sounded far more like a threat than anything else. 🤦
Although such an idea was totally new to me, I imagined the force of God’s love coming down in a concentrated ray to my crown chakra and moving down to and through my own heart before moving straight out and hitting the unsuspecting fellow right in the middle of his miserable chest.
To my surprise, I could feel my face getting warmer and, just as suddenly, the noises in the room growing dim. As this happened, I amended my request to take as long as it was supposed to take. Then I felt a release akin to a jolt that was like stopping fast with a seatbelt on.
What happened next looked like something out of a movie. The guy literally shook his head back and forth as if trying to gather his senses. Moments before, the woman seated beside him looked like the saddest, most frightened person. Suddenly, he put this hand on top of hers and patted it with a tender smile. Her face melted into a soft glow that made her so beautiful…
Everyone at the table, who resembled little more than garishly attired hostages prior to this, shifted quickly into now convivial, joyful companions. Every bit of grotesque resentment in the man’s features morphed a hundred times faster than Ebeneezer Scrooge on Christmas Eve. It looked like a total transformation.
My partner and I sat there flummoxed. It felt as if we’d rubbed a genie’s lamp! Then my partner said, like the kids we were, “My turn!” He looked around the room and spotted a woman who looked at if she’d been stood up for a date – bad place to be on a Vegas Saturday night. She was slouching, semi looking at the door for someone until she stopped looking and just kept her eyes down on the menu.
This time we BOTH enacted the “procedure”, which we’d call it later. Instead of “mean to good”, the transformation was “sad to happy”. The woman sat up straight, motioned for the waiter, ordered food and enjoyed dinner by herself as if she was with the best company in the world.
What you and Sanaya wrote today rocketed me back to that evening I haven’t thought about in a very long time. I thought about the innocence of my request/demand to God; about my presumptuousness, all told, but I have zero regrets. Actually, except for the surreptitious manner of it, it was pretty cool. On second thought, maybe it’s best that way. I can hardly think of a non-stealth way to tell someone I notice an overriding paucity of love in their demeanor which I plan to “fix” with God’s help!  🤣

I hope this doesn’t come off like “oh yeah that time we created miracles”, because it’s certainly not how I recall it. It’s about the immediacy of love and how very near it is in all circumstances. My favorite part of the whole thing was my essentially childish reaction – for worse and for better – that I had to the man with bad vibes. I think God did as much – if not more – for me than him during that entire event.
As the old saying goes: Will wonders never cease?
The answer is apparently, “No!!”
Many thanks to you and Sanaya, as ever – and much love to you, Ty and le pups.
On Sun, Dec 1, 2019, 12:11 PM Suzanne Giesemann <noreply+feedproxy@google.com> wrote:
Suzanne Giesemann2019-12-04T20:10:49-05:00December 4th, 2019|1 Comment
FacebookTwitterLinkedInWhatsAppPinterestEmail

Get the Daily Way by Email
The very first messages from spirit were in the form of poems and the first of these poems was delivered on July 12, 2009.  Suzanne does not write poetry and this was a way for her guides to convince her that the messages were truly from spirit.  The year of poems is found in Suzanne’s first blog.  CLICK HERE to enjoy the soul-touching words of messages 1-369.   “…The world is ready for these your words. They wait and listen with wings like birds. For ours is yours and yours is ours. Such is the greatness of the Great Spirit’s powers. Blessed are all who know these truths. Shout it, blast it, from the roofs. Be our voice, we work with you. We come to speak of beauty true. …” Spirit July 12, 2009